Romanowski & Partners represented an international insurance group in a dispute over the exercise of a sanctioned call option (punitive call option). The subject of the dispute...

LPP SA became the first listed company in Poland to amend its articles of association on September 23, 2022, to protect itself from the dangerous amendment to the Commercial Compan...

We are winning against the regulator because for us the Constitution is law in action, not a piece of paper!

We won in front of the Chief Inspector of Construction Supervision with another regulator - Polish Water. The case concerned the execution by MPWiK in Warsaw in a record time of...

Open letter from Prof. Michał Romanowski to the president of the Warsaw District Court

The legal security of doing business must be guaranteed by courts that are free and independent of politicians and power. Business needs a space of freedom. That is why, in additio...

Lack of time records is a risk that can be addressed

Many employers do not keep time records. Employers also often confuse records with systems for employees to record their own time. The lack of proper time records generates signifi...

We are setting another precedent in capital market and trust fund cases.

Nowadays, the prevailing view seems to be that the conclusion by an employer of two employment contracts with the same employee allows separate accounting for overtime from each of...

We advised on obtaining financing for the construction of a wind farm to supply LPP S.A. with green energy

The law firm advised Figene Capital on obtaining a loan from mBank for the construction of a wind farm by a special purpose vehicle. The farm will be an essential part of the LPP G...

The shareholder is the person who acquired the shares.

The shareholder is the person who acquired the shares. Acquisition of shares by one of the spouses during the course of joint property ownership does not mean that the other spouse...

We advised BIK S.A. on the acquisition of 100% of the shares of Digital Fingerprints from mAccelerator (mBank’s FinTech fund).

We are proud to have supported BIK SA in the acquisition of 100% of the shares of Digital Fingerprints from mAccelerator (mBank's FinTech fund). This is another step by BIK SA towa... 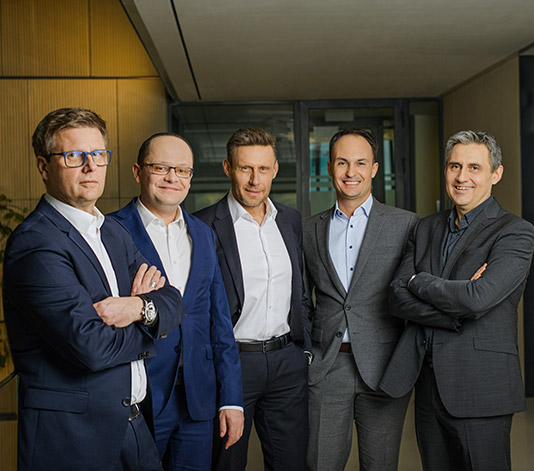